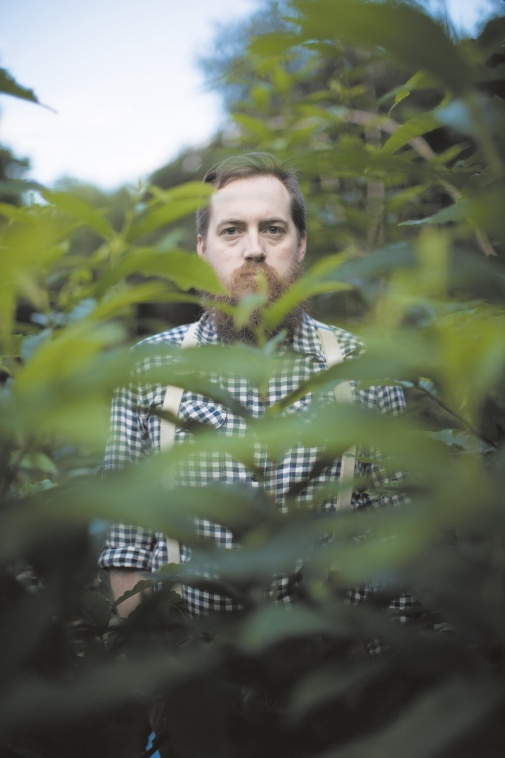 Parenthood is improvisation. None of us really knows what we’re doing. This is the great dark secret that we fathers and mothers hope to keep hidden from our children for as long as possible. So when challenges arise, it helps to be practiced in the fine art of Looking Like You Know What You Are Doing. When you facea problem in that spirit, some new idea or discovery spontaneously will often present itself. You leap. And then the net appears, just in time to catch you.

This is something that I have been exploring for some time, both as a father and as a narrative improv performer, so I was fascinated to talk to Robin Alderton about his own improvised journey. For more than a decade, Robin has been one of the three members of Dead Rat Orchestra. The group take a joyously ramshackle and inventive approach to folk music – a form that, in other hands, can be a little precious and prescriptive. Along with his bandmates Nathan Mann and Daniel Merrill, Robin has stomped, howled, rattled, and banged his way around a truly eclectic variety of factories, warehouses, and other raw spaces, breathing life into them and making an improvised noise that wakes the ghosts and brings ancient dust down from the rafters.I spoke to Robin from his home in Colchester, where he lives with his wife Polly, who is a photographer, and their four children.

How does your work as a musician inform your roles of husband and father?
There’s a difficult tension there. Because music is a huge inspiration to me, but it’s also the thing that takes me away from my family. Research, rehearsals, playing shows, and developing new Dead Rat projects with Nathan and Dan all takes time. And this is all on top of my regular Monday to Friday office jobs. So I can be very busy, with lots of plates spinning at once, and negotiating that – finding the right bal- ance – is the hardest part for me.
There was a deliberate decision to step back from the most recent Dead Rat project – the Tyburnia Tour, which uses 17th century ballads to explore the history of public executions in Britain and to draw comparisons with current forms of social control. It’s a brilliant project, a collaboration with a fantastic filmmaker, so it’s been strange for me to watch the other two guys doing it and be much less involved. But it was the right choice.
Did you have a musical childhood?
No. I took a couple of years of clarinet lessons, but it never really stuck. There was no big lightbulb moment. So I’m the least “trained” member of the Dead Rat Orchestra – the other two guys are very proficient.I came to music later, at art school, which is also where I met my wife Polly. I was doing a lot of sound pieces – making sonic collages with old record players, that kind of thing. So in the early years of Dead Rat we worked in that way, making these improvised pieces with some set rules: no rhythm, no melody. It was all wonderfully scrappy and textural.
So I learned music by doing it, in just the same way I’ve learned to be a father! And as the band’s gone along, I’ve gradually improved my skills on various instruments, like this old harmonium I found in a charity shop. It’s a reed-based keyboard with a bellows inside it, which you play by pumping your feet. It makes a great sound and is so versatile – it has become my main instrument I guess.
Your performances as a group have a very unusual character – the line between the musicians and audience is very fluid and you like to move about the room.
We want to enable the space, to activate it, to find its resonances and explore them. We’ve pretty much given up on performing on a stage where possible. We like to keep moving, play among the audience. Why not draw people in? Why not engage people? That’s really key for us.
That really comes across in the videos I’ve seen of you performing together. It seems like a very immediate and immersive experience for you and the audience. How did you actually meet Nathan and Dan?
At Colchester Arts Centre, where I ran the bar for a while before University. It was a place that had really interesting program- ming. Some nights it would be quite traditional folk music, and then on another night they would bring in all these cutting-edge Japanese Improv musicians, or hold an event called Turntable Hell, with people misusing turntables in interesting ways.
So those became the two main musical pillars for me – the folk traditional and the experimental. And that’s where Dead Rat Orchestra came together, in that atmosphere.
And how about your children, what are their musical pillars? Their influences?
They are certainly exposed to a lot of music, and we have instruments all over the house, but we’re not pushing them to take lessons, either at school or at home. I feel like Olive (7) is probably going to play guitar, and Noah (9) is very lyrical, he loves singing and has a great memory for lyrics, as does Hope (11). But we’re letting them find it for themselves. They like pop music on the radio, and I’m not going to be a musical fas- cist forcing them to like what I like. But if I can put on a record in the background and subtly influence them, then I will.
The car is a good place for that. There’s no escape!
Yeah, or the dinner table is another good one. Anywhere you’ve got a captive audience.
The kids have come along to some of the shows that we’ve done. But you have to choose the right one. Some might be accessible to them, fun for them, but others – definitely not! I have a nice memory of marching through a festival audience, during a performance, banging a big bass drum strapped to my front with Olive, aged about three, up on my shoulders. So that kind of thing is great. 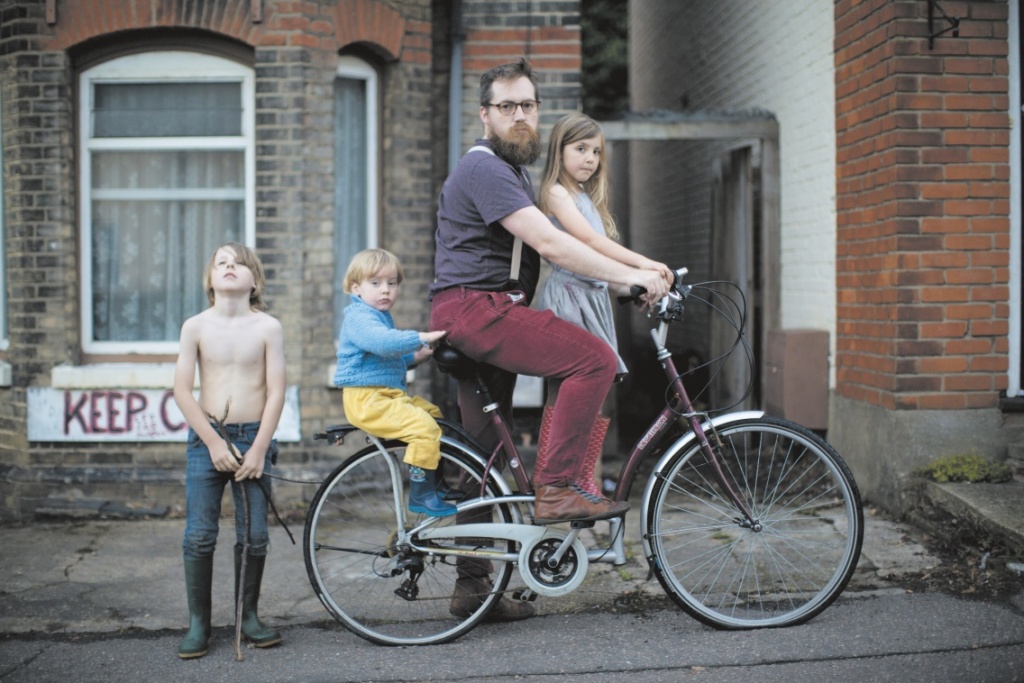 How does technology factor into your family life?
I actually really like to sit down with the kids and go on little freewheeling explorations together on YouTube. We end up finding the most unusual stuff, and the search really is led by their curiosity. One thing links to another and you have no idea where you’ll end up, or what you’ll learn.It’s exactly how DRO share ideas and inspirations with each other. Dan, Nathan and I are constantly stumbling onto YouTube videos and sending them to each other, so I see no reason to hide that from the kids. Sure, a grainy video might lack a little bit of the atmosphere of a live musical performance, but there’s still so much you can get out of a YouTube clip – of an old Alan Lomax recording, say. There’s something vibrant there. It can still spark something. So I’m not precious about it.
In your music you talk of the Dead Rat Filter – the process by which you take a traditional song and twist or rework it for the Dead Rat Orchestra. I was just wondering if you feel that your family has also been shaped by this process. Are there similarities between your music and your family?
Being a dad is an amazing experience. But it’s also terrifying. You want your kids to grow up into good human beings, and it’s just a matter of helping them get there. Luckily, Polly’s the oldest of 11 kids, so she’s got a whole set of parenting skills that are far beyond mine. We complement each other quite nicely.
In terms of the Dead Rat Filter, I think it’s really about imbuing them with a strong sense of curiosity and playful- ness. I don’t think education is about what they learn in school. At school they’re really learning how to learn. Polly and I try to encourage and follow the kids’ natural curiosity. Look at what they’re interested in, and follow that. Like with the YouTube thing: where will it lead? You never know what piece of information they will seize on and want to take further. I also really want to make sure they grow up with a work ethic. The ability to follow through on projects is so important.
I suppose that’s something they’ll learn by osmosis – by watching you tackle all your various projects, and by watching Polly get stuck in to her own creative endeavours – they’ll hopefully absorb that without you needing to lecture them about it.
Yeah. Polly is one of the most creative people I’ve ever met. She’s always in the process of teaching herself new skills. That energy will absolutely be part of the background of their childhood.
I have to ask you about The CUT – the project in which the Dead Rat Orchestra travelled across the UK on a canal boat. What was that experience like?
It was a typical Dead Rat thing to do – we just decided to do it, even though none of us had any experience with boating. Again, it’s that same spirit of “learn by doing.” There was a lot of preparation, research and planning though.
We uncovered old canal songs – not always folk songs – some almost like advertising jingles that were once used by the owners of the canals: they would get up and sing them when a new canal was opened. It was interesting to go on a tour dictated by the route for a change. We got hold of a boat – perhaps not the romantic dream we had imagined – and set off at 3 mph!
We found ourselves singing to the engine of the boat a lot. Our idea was to develop our set as we travelled. We went from London up to Oxford, then finished down in Bristol, three weeks and 15 shows later.
It totally changed my experience of the environment, to be moving through nature and a forgotten industrial past so slowly. You’re just so engaged with the landscape and your surroundings. You’re really part of it. At one point I left the boat and drove over to see Polly and the kids. It felt so weird to be suddenly racing along in a car, up and down these rolling hills, at 60 mph, after being so flat and level and slow for so long. 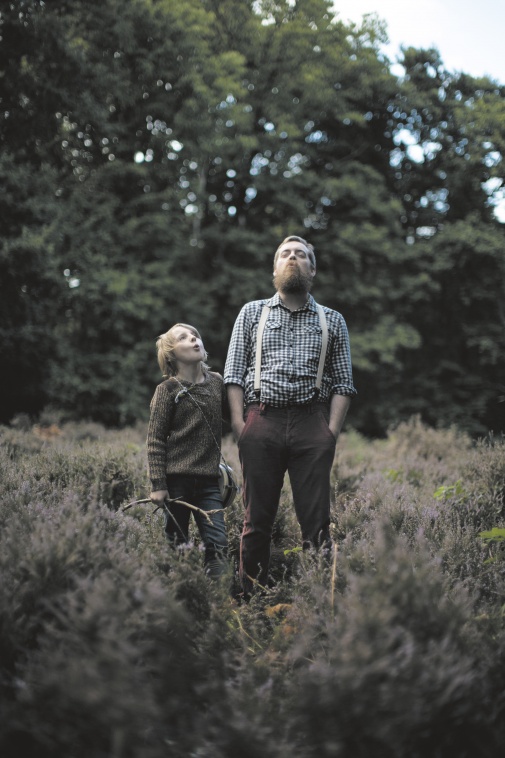 The others in the band don’t have children, do they?
No, I’m the only dad in the band. And I’ve really come to enjoy that sense of having a solid base. From time to time Dan or Nathan will fly off to do a musical residency somewhere for a few months, or to teach or collaborate on some incredible project. But it’s just like the canal boat: they’ll race off somewhere eventually to return, and I’ll just be here, floating along happily at 3 miles an hour.